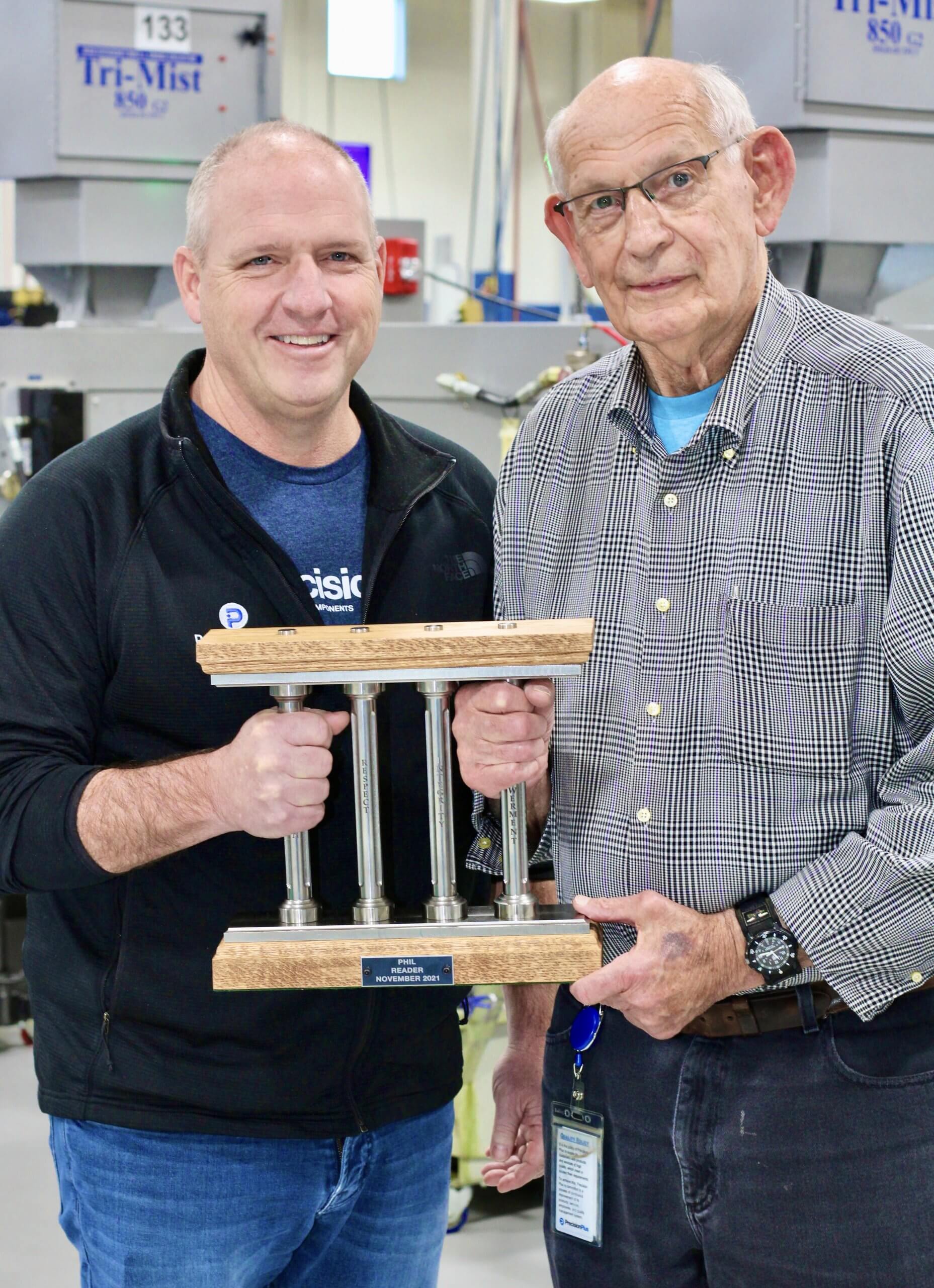 Precision Plus launched a Pillar Among Peers award in January of 2021. The award process begins when employees submit recognition ballots of nomination for their peers within the company. The nominee must have displayed some behavior of the company’s core values throughout the month. Those foundational values are Empowerment, Respect, Integrity, and Innovation.

After Chief Operating Officer, Dave Strand, receives the nominations for the month, management will consider other attributes that may be needed to prevent favoritism and protect the integrity of the Work of Winners Culture the company embraces. Those might include but are not limited to attendance, attitude, production results, etc. During the monthly company meetings, all nominees are announced and receive a spin on the popular WOW prize wheel. The meeting finale is the announcement of the Pillar award recipient.

Dave Strand announced at the October meeting that Phil Reader received a record number of nominations since the inception of the award. A flood of nominations from employees were received all month expressing gratitude for everything from Phil opening the door at 3:30 am every morning to his passion and willingness to help anyone in a time of need.

“This is an incredible testament of love and respect that still exists for the man that purchased this company in 1988 and continues to open the door each morning at 3:30 am. Phil gives the passionate employees here at Precision Plus everything he has every day!” ~ Dave Strand